Dallas, Texas 12/31/2013 (FINANCIALSTRENDS) – It almost appears that a Twitter Inc (NYSE:TWTR) epithet is being written, in the past week. Twitter has been pacing itself, quite well, growing steadily and gently as the service it offers. Where the stock was on steady course, ever since the November 2013, Initial Public Offer (IPO), a recent analyst downgrade has triggered a downslide of nearly $10 or 14% on 27 December, 2013.

Twitter Inc (NYSE:TWTR) was downgraded by analysts Macquarie, their Dec 11 neutral to sell triggering the drop in prices. Valuation has definitely been a key parameter that has had analysts revising their target prices for this stock. Most analysts like Blake Harper from Wunderlich have gone on record that regardless of the metrics, Twitter Inc (NYSE:TWTR) shall remain a stock that sees massive investment because of ‘cult status’ the technology platform already carries.

Twitter Inc (NYSE:TWTR) until the downgrade, had back-to-back run, first with the launch of the IPO and later with the range of products – advertisements – the micro-blogging service has since launched. Though the company does not sell products like Amazon, or other tangibles, which would render its evaluation more worthy, Twitter’s potential in revenue earnings in the next fiscal has led to the much-talked about over-valuation. 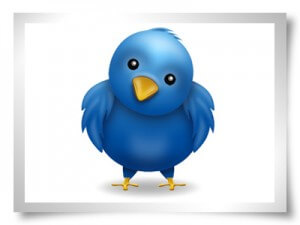 Twitter Inc (NYSE:TWTR) performance in 2013 has been unmatched by either Facebook or LinkedIn as well. Where Facebook managed to double its performance over the previous year, LinkedIn has seen 90% higher performance. Twitter on the other hand has seen the highest ever growth in 2013 clocking over 150% in performance.

Twitter Inc (NYSE:TWTR) is expected to perform well in 2014 as well. However, this will be possible only if the company is able to match its guidance. Reportedly, in addition to its numerous advertisement-based revenue categories, the micro-blogging giant, has begun to follow Google Inc’s lead, finally.

Google Inc could is generations ahead in terms of the monetization skills and processes it adopts over any other platform on the media-technology-monetization perspective. It has always used its expertise in early adoption and technology-creation to first create a user-base. And once the users grow tosubstantial numbers, begin monetizing it or offer ‘freemium’ packages. This has not only brought in higher revenues but continues to create great consumption power for its products among existing customers, leave alone new customers.

Now, it is a question of time and the right technology direction for Twitter to be able to bring about value-addition and enhance the current range of services it can provide.

It definitely has moved in the right direction with the current spool of features as well as reviving some of the defunctional features it had to align with current social media standards. For example, it has moved Direct Messaging from a background feature to a full-fledged feature. This means, Twitter users can message privately as well and not have to switch to WhatsApp or other private messaging platforms.

User demographics indicate that Twitter with introducing video uploads with messaging will definitely give the likes of WhatsAppa run-for-its money and may even take-on SnapChat, where in tandem with Facebook or outside of it.

Good services, tangible products drive revenues. Twitter Inc (NYSE:TWTR) is poised to deliver this on the re-run this year. It has the user-base and is not losing on core users like Facebook Inc is. It channels for monetizing through advertisements is already rolled out. December 27,was definitely not a bubble burst, but simply an inflection-point for the company to pause and realign.