Dallas, Texas 11/28/2013 (Financialstrend) – GlaxoSmithKline plc (ADR) (NYSE:GSK) is going great guns on many fronts and is definitely in high momentum on the research and development front. The Belgium-based company, Galapagos said that GlaxoSmithKline plc (ADR) (NYSE:GSK) is preparing for a Phase II study of its JAK1 inhibitor- GSK2586184 that is used in the treatment of ulcerative colitis. This advance triggers a milestone payday of $46M for Galapagos. The latter had partnered with GlaxoSmithKline at the start of 2012. It had discovered numerous JAK inhibition molecules and three of these have reached the clinic for the trial.

The company is also widening its reach in the vast Research and Development field in the U.S. It has been ramping up the company’s satellite centers in Massachusetts in Cambridge as well as in San Diego. The company has a very significant presence in Philadelphia as well as in North Carolina, where it has its Research Triangle Park set up. However, just like all other front-running pharmaceutical companies, GlaxoSmithKline plc (ADR) (NYSE:GSK) is also attracted to the major biotech hubs. This is where the entrepreneurs are in expansion mode and cutting-edge technology is being pursued and spruced-up.

GlaxoSmithKline plc (ADR) (NYSE:GSK) which is based in the United Kingdom is setting up a satellite office in San Diego. This is where Damien McDevitt will lead one of the company’s Research & Development team that will consist of 5-10 employees. SR One that is the venture arm of the company already has offices in San Francisco. In an email McDevitt said that he takes over this particular role from BD at the company and that this office will focus very heavily on business development.

They will be working with various partners across venture, pharma, biotech’s and academia. One of the major drivers for this particular hub is the enhancement of strategic collaboration with Avalon Ventures. The company is all set to build-up 10 different biotechnology companies in San Diego. It was just a few days ago, that Avalon announced that it will be launching Sitari- the 1st in the line of startups as part of the $495M  collaboration that it has with GlaxoSmithKline plc (ADR) (NYSE:GSK). Jay Lichter, the managing Director of Avalon plans on launching at least one new company in every quarter, on an average. 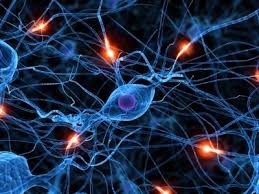 McDevitt also said that the company has over 20 collaborations in the pipeline with a group of bio-techs from the West Coast like FivePrime Ventures and Theravance. Apart from these collaborations, the pharmaceutical biggie is also working very closely with Sanderling Ventures and is investing an amount of $50M in the company’s latest fund in the WestCoast Ventures.

GlaxoSmithKline plc (ADR) (NYSE:GSK)’s new office on Kendall Square is at the core of the hub. This is where another BD team and scientists will be working on the early stage work that is being carried out in the area. Over the past few years, Cambridge has grown to be one of the busiest hubs in the world and various investigators from Harvard and MIT have helped in launching new pharmaceutical companies and helping pharma giants expand their R&D operations.